Things to Do in Newport, Kentucky 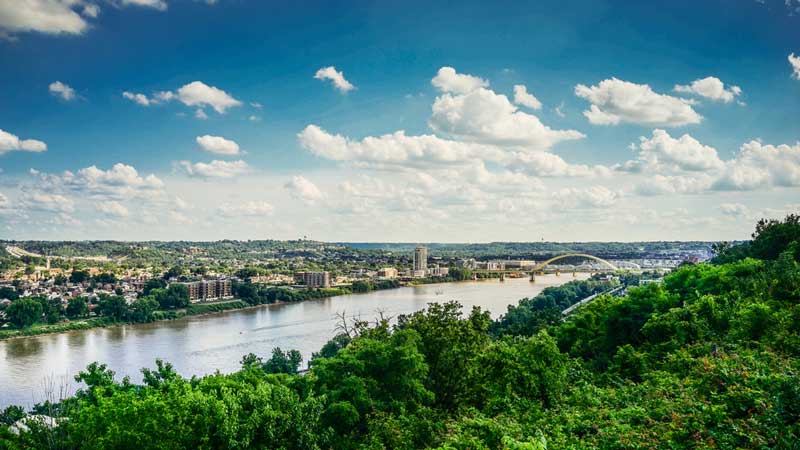 Newport, Kentucky is home rule class city and one of four county seats in Campbell County. It is located at the confluence of the Ohio and Licking rivers and has a population of 15,273 at the 2010 census.

General James Taylor Park is located in Newport, Kentucky. Located at the confluence of the Ohio and Licking rivers, this park offers a wide variety of recreational options. The park is ideal for a picnic and offers excellent views of Cincinnati's skyline. It features several amenities, including a swing, benches, and a shelter.

The park is also home to a memorial overlook that offers spectacular panoramic views of Cincinnati. The area is also a popular location for sporting events. Many of the hotels in Newport are located within one mile of the park.

Although the park's name comes from its location on the grounds of the former Newport Barracks, its history dates back to the 1800s. The site was originally owned by Colonel George Muse. He traded land to James Taylor for buffalo meat. During the nineteenth century, Taylor built a number of buildings, including a brick powder magazine.

Dixie Chili is a chain of Cincinnati chili restaurants. It's known for its coneys and sandwiches, but there is much more to the Dixie Chili experience. The company distributes canned chili product throughout the Cincinnati area.

The first Dixie Chili restaurant was opened by a Greek immigrant named Nicholas Sarakatsannis in Newport, Kentucky. He began working in the food industry as early as the 1920s. After a stint in the Navy, he settled in the Queen City. Eventually, he became the owner of a local meat store and canned goods business.

This led to a brief career in the food industry and a stint at Dixie Chili, where he eventually became the sole proprietor. Nowadays, he is constantly adding fresh and healthy options to the menu.

Pompilio's in Newport, KY is a small town Italian restaurant that has been around for more than 85 years. While the menu is limited to standard Italian fare like tortellini and spaghetti a la vodka, it is still one of the few places in town that serves a decent steak. It also has a full service bar that has been open since 1890.

The food is good, but it's the service and ambiance that keep customers coming back. For example, you'll find several small rooms that are used for catering events, as well as a bocce court a few feet from the main dining area. This establishment is a nice place to dine while you plan your wedding or special event.

Newport, Kentucky is a city that is known for its river city charm, but there is much more to it than the tourist trade. For one thing, it is home to an amazing gangster tour that gives visitors an inside look at the nefarious side of the mob.

This tour has it all. In addition to the usual suspects, the Gangster Tour includes some of the more obscure sites in Newport. A couple of the more notable sights include the Gambling Museum, and the Findlay Market.

The Gambling Museum is a private collection of gambling memorabilia. It's worth the trip alone. On top of that, there's a fantastic rooftop deck where you can enjoy a few drinks.

The new Aquarium in Newport, KY is a great place to bring the family for a day of fun. Visitors will find over a million gallons of water and a variety of attractions. In addition to the ocean, there is a touch pool, a movie theater, and retail shops.

Newport Aquarium offers a chance to see and touch thousands of animals from around the world. Visitors can pet sharks, stingrays, and penguins.

One of the more serene exhibits at the Newport Aquarium is the Jellyfish Gallery. There are over 100 floating jellyfish in this area.

Turtle Canyon is a new attraction at the Newport Aquarium. This area boasts 14 species of turtles from three continents. A 118-pound Alligator Snapping Turtle and a 600-pound Galapagos Tortoise are two of the many creatures in this area.

While there's no shortage of retailers and restaurants in the area, the Newport Shopping Center stands out for its multi-level design and enviable location. It's located at 1811 Monmouth St., and the building is nearly 267,700 square feet. You'll find some of the area's most recognizable name brands, including Dollar General, H&R Block, Family Dollar, Cricket Wireless, and more.